Karen de la Carriere is an unstable anti-Scientology zealot used by HBO producer Lawrence Wright in his obsession to smear the Scientology religion and assassinate the character of the leader of the religion.

Wright’s use of de la Carriere is especially egregious in what it says about the lengths he will go to in order to disparage the Church and its leader. As someone who has made up countless absurd, wild tales about the Church, de la Carriere served to “corroborate” for Wright a phony, 40-year-old anecdote easily shown to be false by records and even the basic laws of medicine.

The anecdote was told to Wright by anti-Scientologist Ervin Scott, who claims to have been the roommate of Mr. David Miscavige during his Scientology training in England when Mr. Miscavige was 12 years old. Scott’s false and bizarre claim includes that Mr. Miscavige, as a 12-year-old, was somehow “beating” individuals while in the middle of severe asthma attacks, a medical impossibility.

Producer Lawrence Wright uses this claim to prop up tired and previously disproven allegations to impugn the reputation of the leader of the Scientology religion. To do so, Wright pulls out the tabloid Rolodex and calls on de la Carriere to “corroborate” Scott’s story by somehow recalling that four decades ago she was summoned one day to a meeting where she and others were told Mr. Miscavige “had been removed from his internship, and we were not to rumor-monger or gossip about it. We were supposed to just bury it.”

Only problem is there are gaping holes in the stories of Scott and de la Carriere that one could drive a truck through. For starters, records show that Mr. Miscavige and Scott were never living at the same address. Furthermore, Scott’s ex-wife also calls the story a lie, characterizing her ex-husband as delusional.

In other words, the anecdote Wright wrote as told by Scott could never have happened, meaning both Scott and de la Carriere are bald-faced liars. On top of that, medical experts completely debunk Scott’s claim that a relatively small boy of 12 suffering a serious asthma attack could suddenly find Herculean strength to beat up a group of adults far bigger than he.

The bottom line is: Ervin Scott and Karen de la Carriere are liars, and producer Lawrence Wright didn’t care because the story fit his agenda in disparaging the Church and its leader. Karen de la Carriere even brags on the Internet that she fed Scott to Mr. Wright as a source for this story. So this small group of lunatics, who Wright well knows self-corroborate their fictional accounts, is both the source and corroborator of this impossible tale. Wright’s use of these sources was unethical and corrupt.

HBO should be concerned about the quality of sources its producer uses. De la Carriere is among the most unstable, providing hysterical unfounded rants to the tabloids like clockwork. In reality, she is exceptionally bitter at having been removed from her position in the Church 30 years ago and will say anything and “corroborate” anything that attacks the Church and its leader. This is who Wright pulls out to talk about Mr. Miscavige.

By way of background, de la Carriere has a long history of instability in supporting herself, starting when she came to England from her native country of India in the early 1960s. She worked as a casino croupier at a gentleman’s club and as a call girl, admitting later in a self-written life history that during that time she had one-night stands with as many as 50 men. She also engaged in a long-term arrangement with a married British parliamentary advisor, was set up with a posh apartment, expensive clothing and a large allowance, to be available on call whenever her services were needed.

Wanting to turn her life around, Ms. de la Carriere joined the Church’s religious order. But de la Carriere failed to live up to the ethical standards required of her in the Church and she was removed from her position nearly 30 years ago.

Well into her 50s, de la Carriere returned to her roots to support herself. She spent relentlessly on plastic surgery and sent email solicitations to potential “johns” under the name “Snow Suzy” complete with price lists and photographs.

Now in her 70s and unable to pursue that line of work, she posts psychotic ramblings on the Internet under different pseudonyms and peddles stories to tabloids, seeking to spread bigotry and hatred against the Church of Scientology and the leader of the religion.

De la Carriere’s hysterical, unfounded attacks and venomous anger don’t stop with the Church. This is a woman who has used 13 different names/aliases and is presently involved in a lawsuit with a former accountant who charged her with failing to repay a $175,000 home loan. De la Carriere’s claim: That the accountant and the notary public who executed the agreement colluded to forge her signature. (See Declaration of William Greene and Complaint .)

HBO is ignoring the bias and unethical behavior of its “Going Clear” co-producer Lawrence Wright, who will dredge up any discredited source he can find to invent and “corroborate” lies for his propaganda. 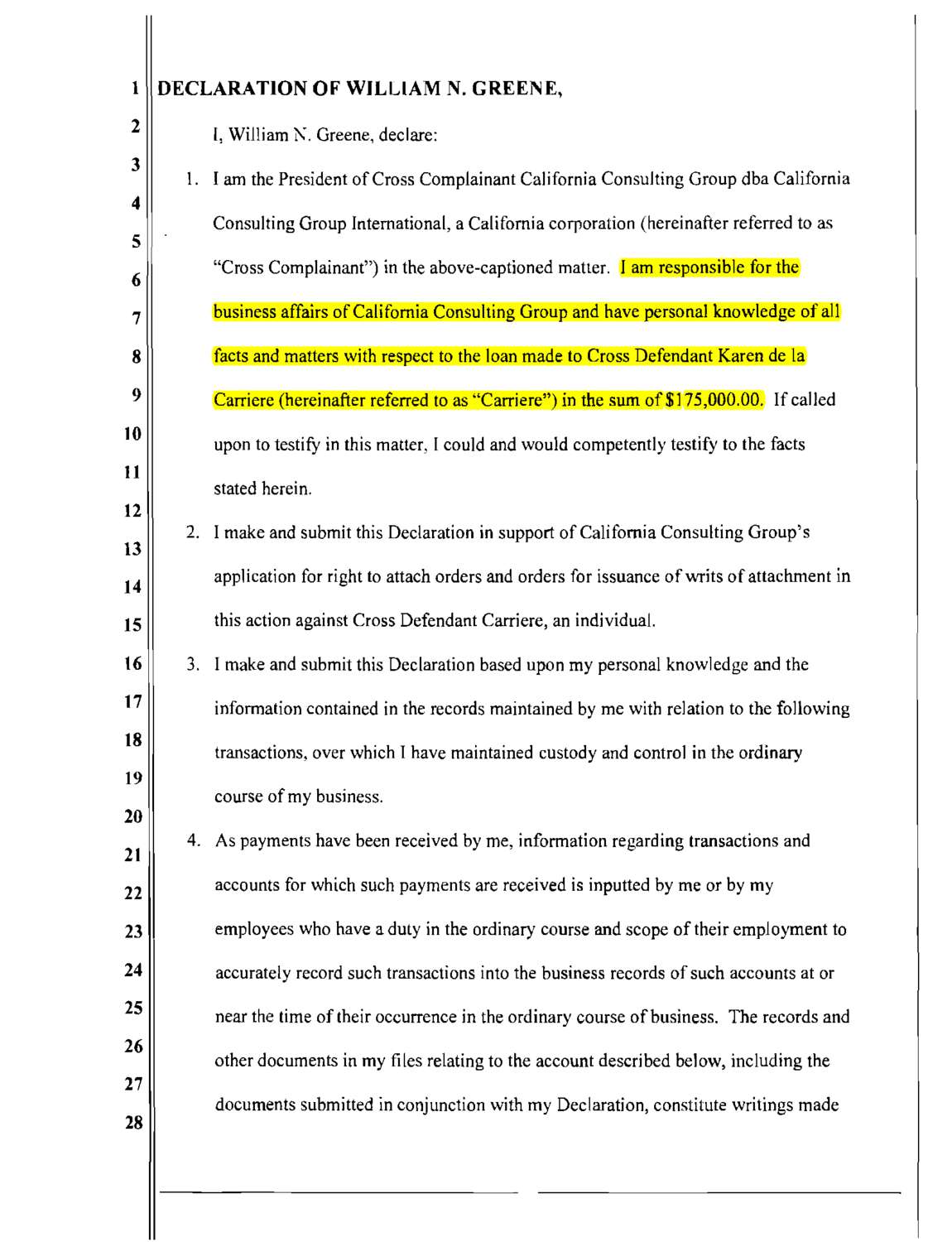 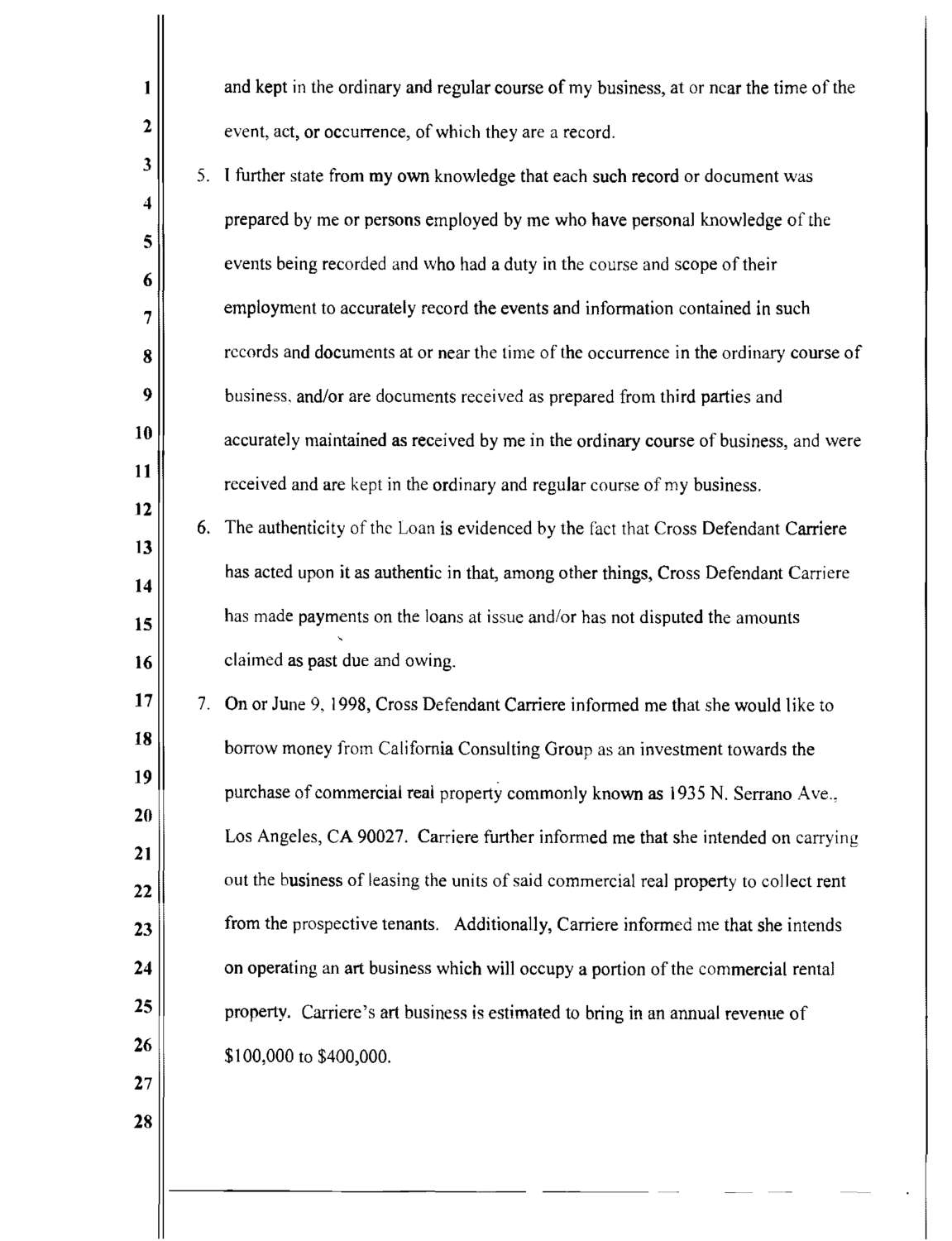 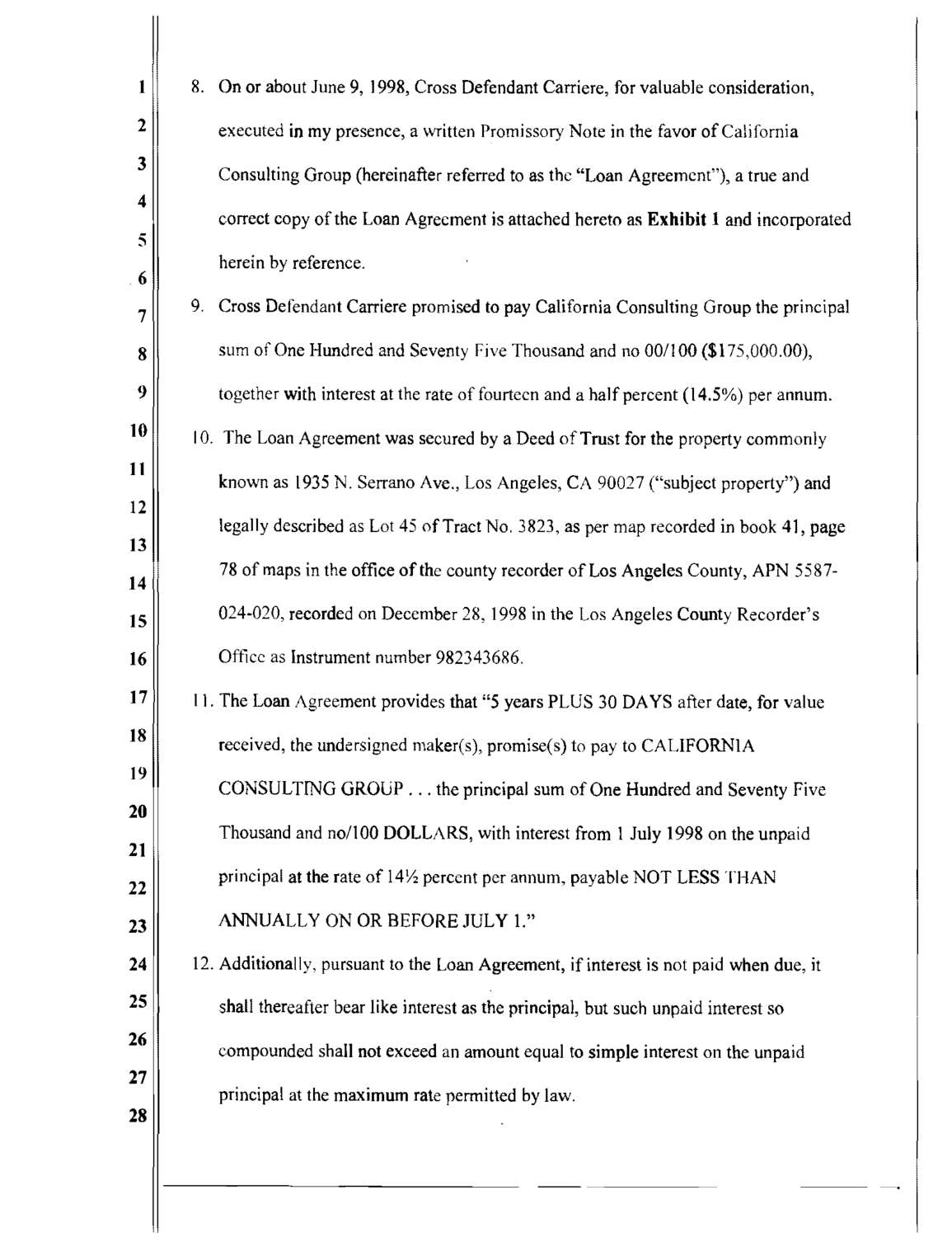 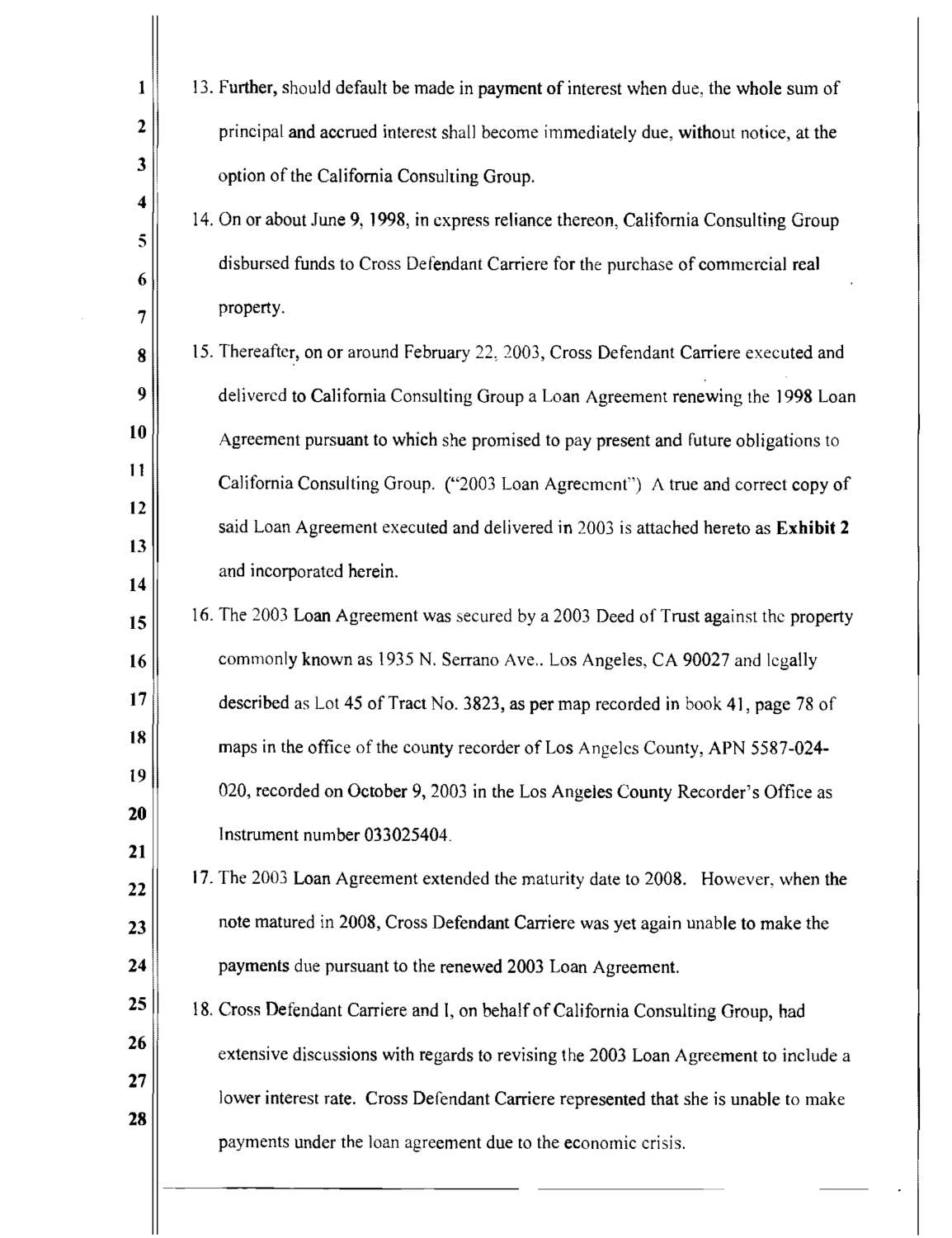 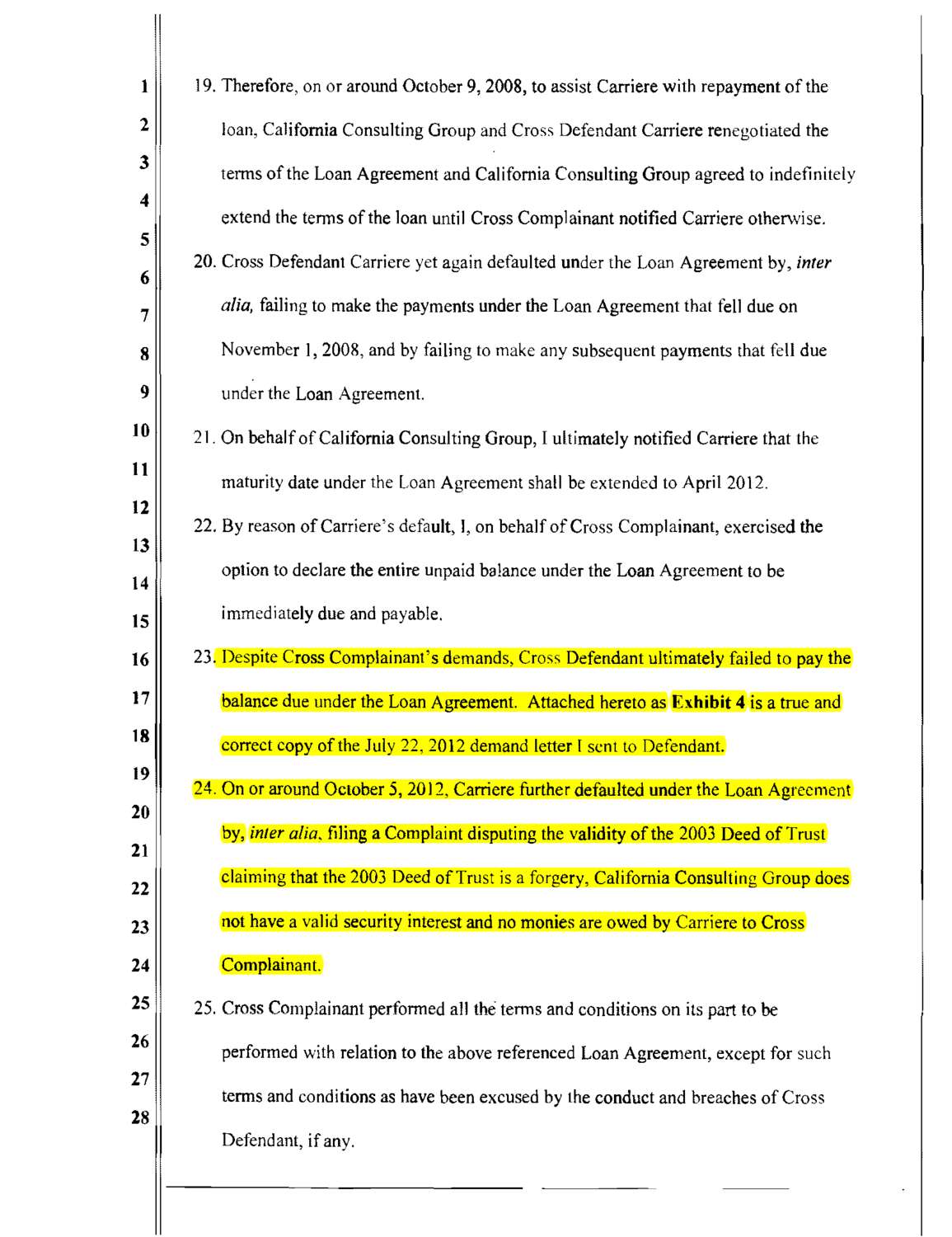 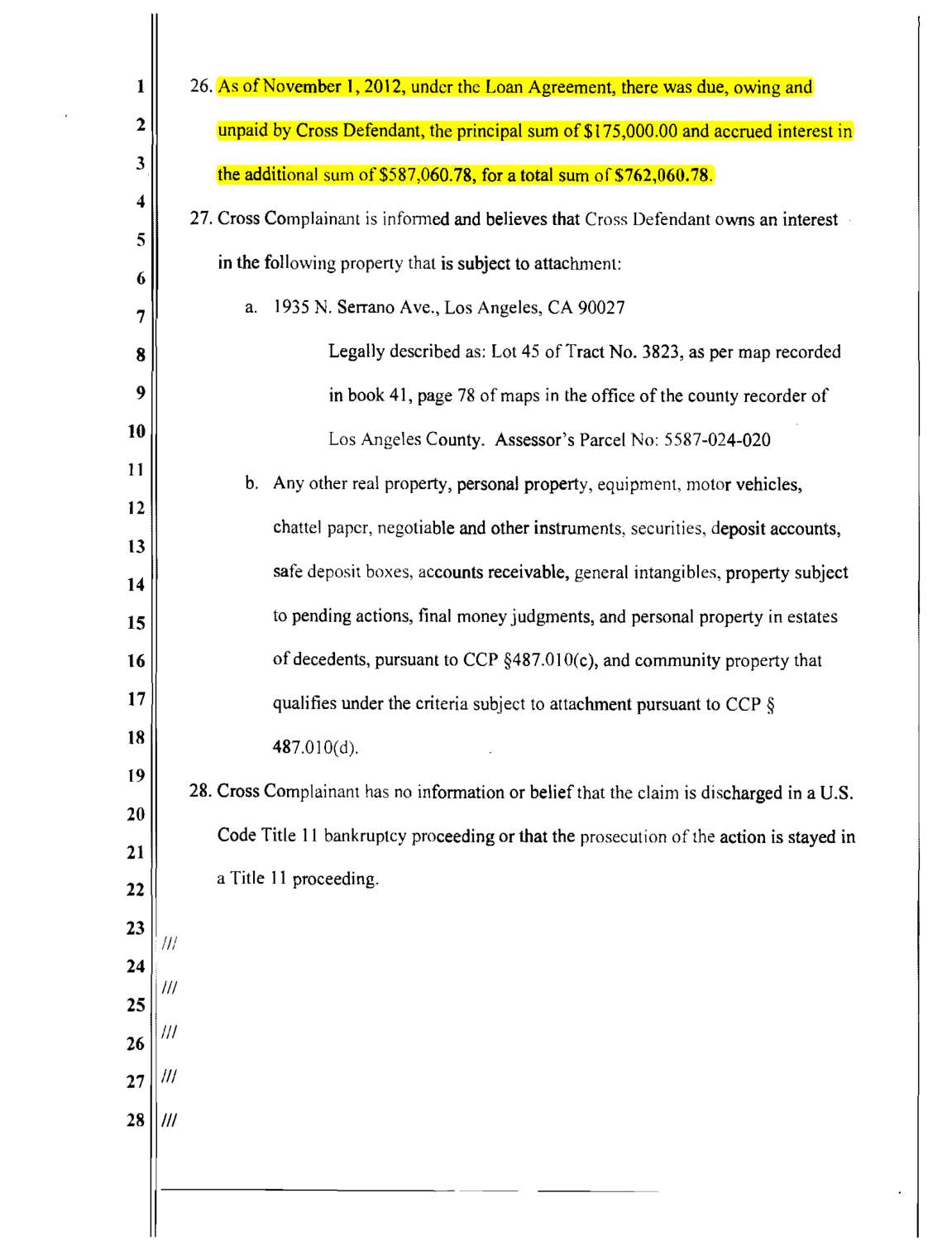 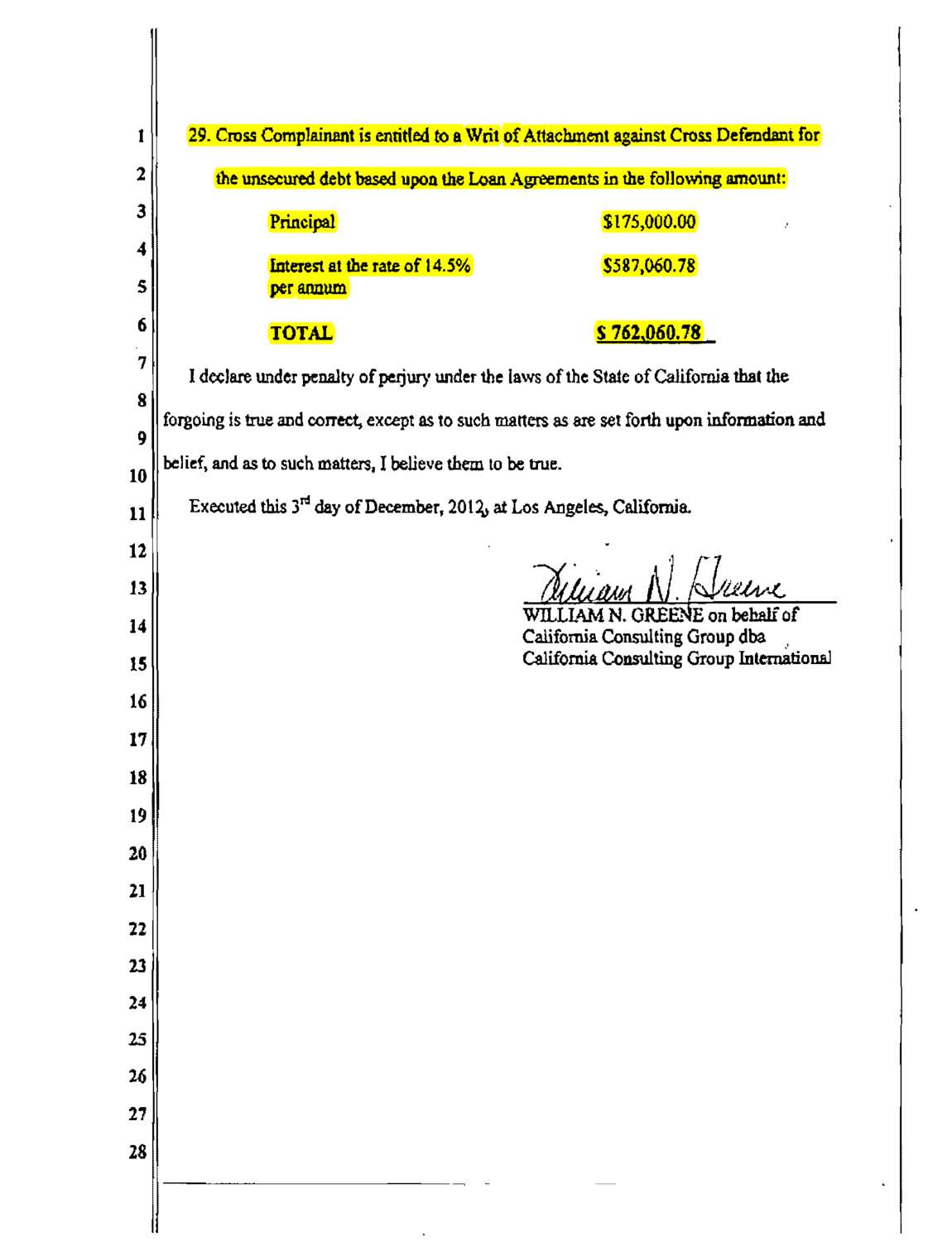