Lawrence Wright, producer of HBO’s Alex Gibney “Going Clear” film, looks for any excuse to assassinate the character of the Scientology ecclesiastical leader. This includes scraping the bottom of the barrel to dig up long-expelled former Church members willing to say anything as long as it fits Wright’s agenda.

This anecdote from Wright’s book involves discredited allegations spun to him courtesy of Ervin Scott, who was expelled from the Church not once, but twice. His invented tale even defies the laws of science and medicine. What’s more, Scott never even witnessed anything he claims happened. Yet Wright printed it anyway.

On pages 165-168 in his book Going Clear, Wright accuses a 12-year-old David Miscavige of alleged bouts of violence directed against members of his own family and other fellow Scientologists when in the throes of severe asthmatic attacks. Let’s repeat that: Wright would have readers believe that a pre-teenage boy struggling to breathe during a debilitating asthma attack can still physically assault numerous people, including his own family.

Please… it is simply medically impossible for someone to do that. Dr. Joseph R. Shapiro, an experienced California practitioner board certified in Adult/Pediatric Allergy and Immunology, reviewed this passage in Going Clear and concluded: “In summary, the description of a person as becoming angry and violent during an asthma exacerbation is the opposite of how any patient would be expected to react.” He added that during an asthma attack “patients generally respond in the exact opposite stopping all physical activity.” (See Medical Opinion .)

Why is this anecdote relevant to HBO? Because it strikes at the heart of Lawrence Wright’s credibility. What Scott told Lawrence Wright was clearly bunk, yet he ran with it anyway. Given Wright is a producer of HBO’s film, HBO should be concerned about its credibility and legal exposure if Wright is willing to use such discredited sources as Ervin Scott to forward his propaganda.

Wright exacerbates this defamatory lie by claiming that when Mr. Miscavige first started practicing his religion and was a minister in the Church, he “struck” a parishioner whom he was auditing (Scientology religious counseling). This is a perfect illustration of the animus and bigoted agenda of Wright and the obsessed, bitter sources he relied almost exclusively upon throughout his book. Wright is using this absurd allegation from a person who is a liar in an effort to undercut the credibility of Mr. Miscavige as the leader of the religion.

So how did this tale get started? Wright used Scott’s “memory” of David Miscavige’s boarding with him in England. But records show Scott was there at a different time and had a different address than Mr. Miscavige who had completed his academy training months prior to Scott. Mr. Miscavige never boarded with Scott. He lived with his family who at no time left him in England when they returned to the U.S. The entire story is absurd. Any honest and intelligent journalist would recognize it immediately as ridiculous.

Scott’s tale as printed by Wright isn’t even firsthand—Scott admits to Wright some unnamed “Norwegian” person told him that Mr. Miscavige had “beat up a fellow Scientology student.” This is ridiculous unsubstantiated hearsay. Had the Church been asked about the anecdote by Wright, it would have shown that Mr. Miscavige graduated months before Scott enrolled in the Saint Hill Academy, along with declarations from Saint Hill staff and students confirming no such incident ever occurred and that Mr. Miscavige was a star protégé, the youngest new auditor in the world-famous Saint Hill Hubbard Guidance Centre. (See Declarations )

To print such an easily contradicted story that allegedly took place four decades ago about a religious leader, in a pathetic attempt to undermine his training in the ministry, is unethical. Nowhere does Mr. Wright furnish a single citation in the “Notes” appended to his book to support any portion of Scott’s account, including the reporting of David Miscavige’s alleged “violence” as a 12-year-old. The lone attribution is to a claimed “Interview with Ervin Scott” at an unspecified time and location. The utter failure of Wright to properly vet Scott’s tale and provide any specific citation to corroborate Scott’s defamatory allegations speaks volumes about his decisions to rely on discredited anti-Scientology sources.

Further questions are raised by Scott’s former wife about Wright’s use of Scott as a source. In a sworn Declaration, dated November 24, 2014, Suesan Walker describes how her ex-husband suffered from a “perplexing character defect of gross exaggeration or outright lying. Ervin seemed to want to be in the limelight and essentially invented or adopted others’ lives or incidents to seem important or interesting to other people. This is evidently the source of the David Miscavige story. Ervin may have been present in the same town or area when David Miscavige was present. But the rest of his stories are certainly fabricated.” (Declaration of Suesan Walker )

Specifically, Ms. Walker, who Wright never bothered to contact to corroborate what Scott claimed, outright refutes her ex-husband’s story about Mr. Miscavige. At the time, she, too, was in England while Scott studied at Saint Hill and stayed with him during visits in the relevant time period. According to Ms. Walker, Scott’s room was too small to share it with Mr. Miscavige or anyone else. And her husband never even referred to any such incident. He never even mentioned he knew Mr. Miscavige or that he had a roommate.

This egregious error could have been avoided by Wright. During the minimal fact-checking of his book, the Church asked repeatedly for the name of the person who had made these allegations, precisely because the Church suspected it came from someone like Scott with no credibility. Knowing the Church could discredit Scott as a liar, Wright refused. Had Wright revealed Scott’s name, the Church would have presented the information, corroborated by records, showing that Scott’s claim defies logic and that he was never even in a position to witness what he claims, let alone that these events even occurred.

So can one trust Wright as producer of HBO’s documentary? More importantly, can HBO trust the sources he teed up for Alex Gibney, given they are so motivated by revenge and hatred to the point that they will say anything, as Scott has proven? The unequivocal answer is “No.” Furthermore, it is mind-boggling that Wright’s obsession with denigrating the Scientology leader runs so deep as to print a phony anecdote about him when he was 12 years old. The only reason this passage even appears in his book is because Wright is hell-bent on character assassination and wants to set up the false allegations of Marty Rathbun—accusing Mr. Miscavige of conduct that never occurred—and at the beginning of his Scientology life. Wright is journalistically corrupt, and HBO’s decision to use him as a producer means HBO is participating in that corruption.

Ervin Scott is one important example. For six years a small handful of bitter ex-Scientologists have spun more tales and myths than can be counted about the Church and Mr. Miscavige. Stories appear out of nowhere that are miraculously “remembered” years later. Stories morph over time into two, three and four new versions, often entirely different from previous ones. And stories are full of contradictions that would cause any skeptical journalist to question the credibility of the sources. The bottom line is that he is yet another bitter, angry disciple of Marty Rathbun, an admitted liar who is unable to get over his humiliation at having been removed from his position in the Church for his personal conduct and malfeasance. Scott is a core member of Rathbun’s self-proclaimed “posse” formed in 2009 to attack the Church. He has even received offbeat counseling like that delivered by Rathbun.

Even if HBO does not include this specific allegation from Ervin Scott in the film, it shows that Mr. Wright is irresponsible and cannot be trusted. Indeed, this entire portion of the Wright book is symptomatic of the recklessness of Mr. Wright in carrying water to further the sick, obsessive agenda of a handful of bitter former Scientologists to personally attack Mr. David Miscavige, his religion and his constitutionally protected beliefs. Wright is bent on impugning Mr. Miscavige’s character and is attempting to do so through this allegation, even though it is provably false, because Wright wanted something he could use to vilify the leader of the religion from a very young age. (See the “corroborator” of this story, Karen de la Carriere.)

The Church is not the first and only one to openly challenge Lawrence Wright’s journalistic integrity: the New York Times also questioned the veracity of the research for his 2006 The Looming Tower: Al Qaeda’s Road to 9/11. The Times review noted: “Wright has drawn up verbatim reconstructions of entire conversations, some of which took place more than a decade ago…It’s hard to believe that memories are that good.”

Another reviewer echoed this and challenged Wright’s “bias and one-sided approach to certain issues.”

There was also this from the British newspaper The Guardian: “Lies and deceptions always pose a problem to a journalist trying to construct a truthful narrative…nor can one put too much faith in sworn testimony by witnesses who have already proved themselves to be crooks, liars and double agents.”

HBO aligned itself with Mr. Wright and his consortium of liars while refusing to vet their allegations, embarrassing itself for its bigotry and propaganda.

It is not possible for HBO and Alex Gibney to ignore the volumes of material documenting Lawrence Wright’s lies and distortions. The very individual who got it so wrong to begin with is in the middle of this documentary as a producer, and his bias infects every frame. This is a bright red flag HBO and its attorneys should not have ignored. 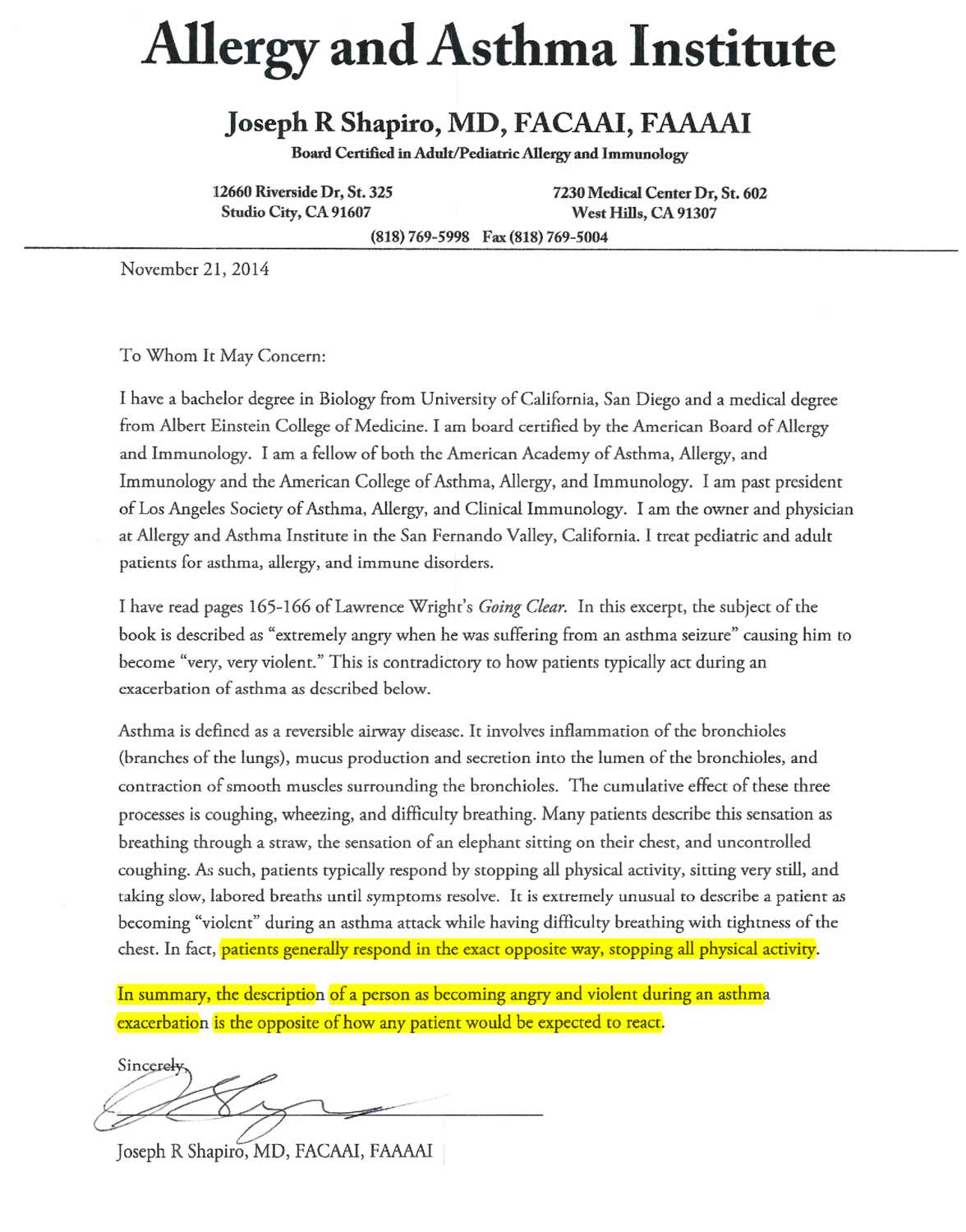 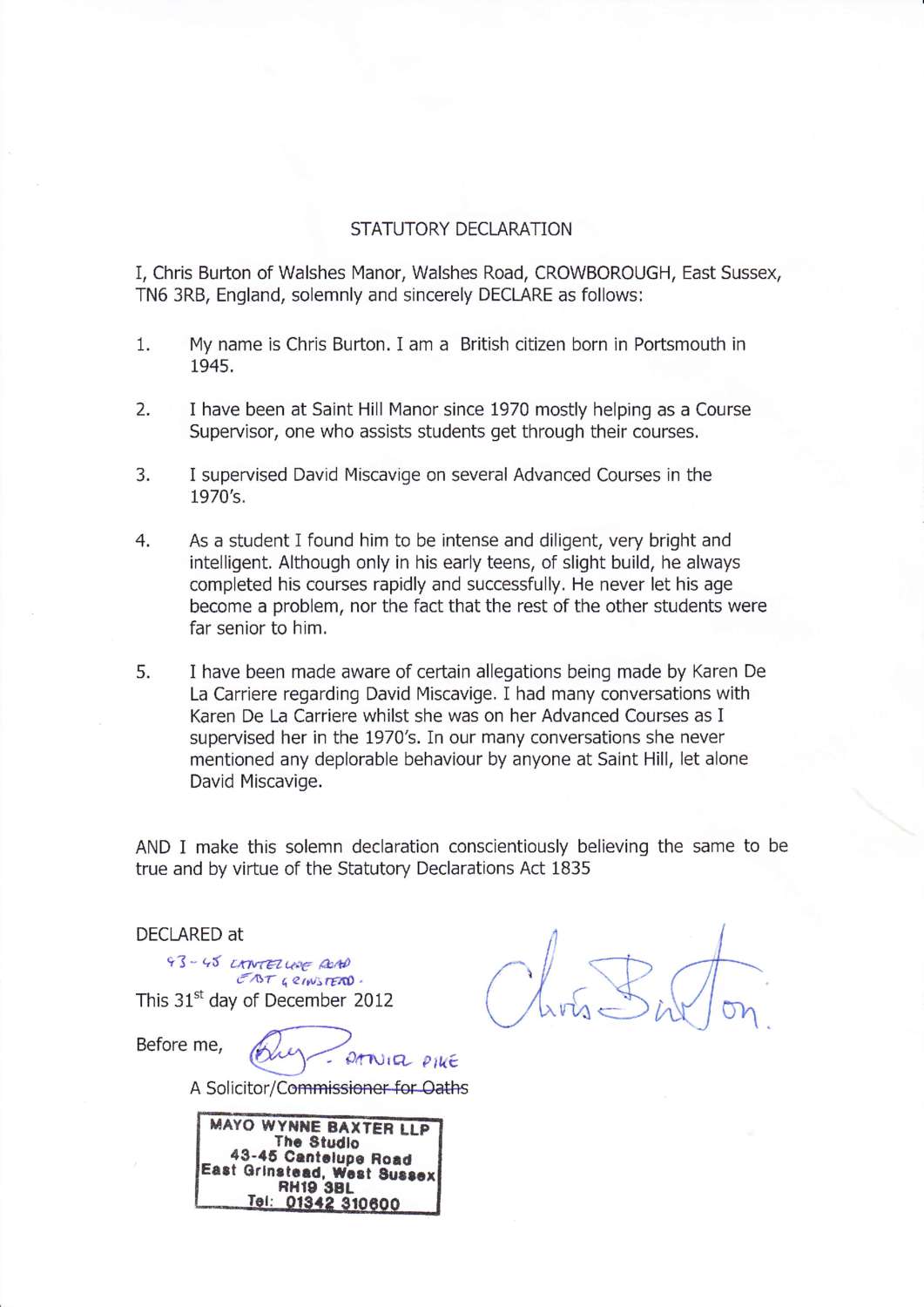 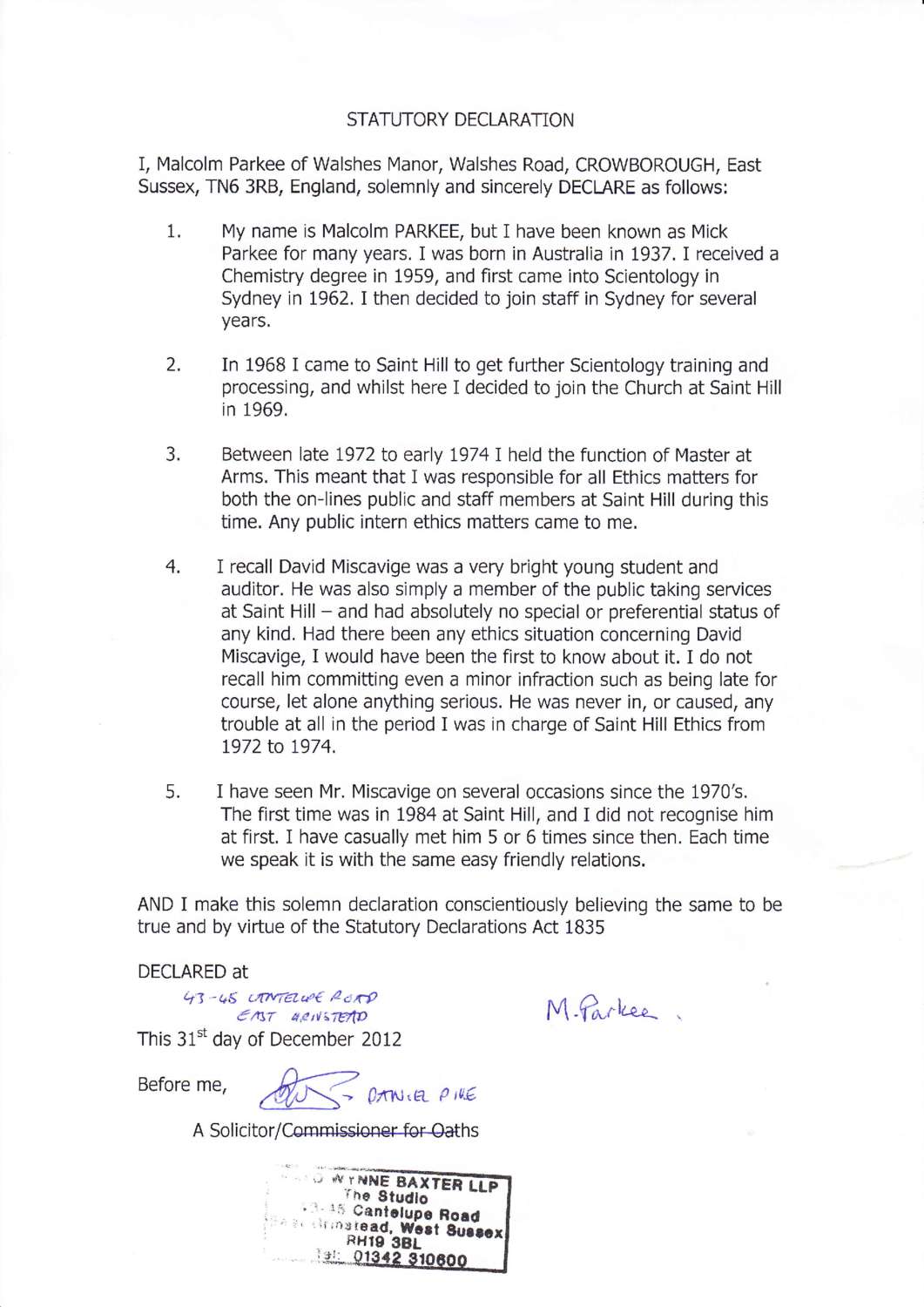 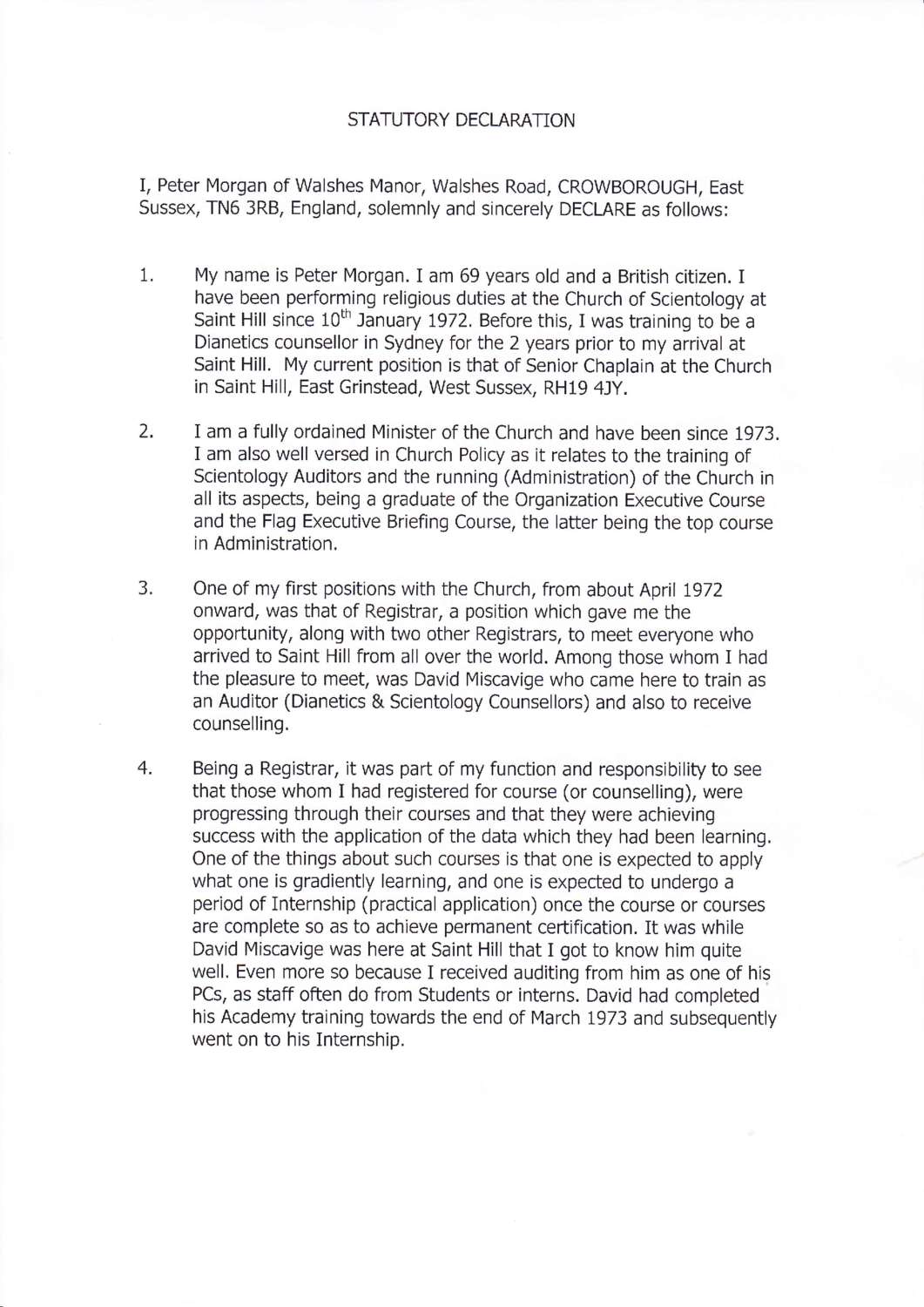 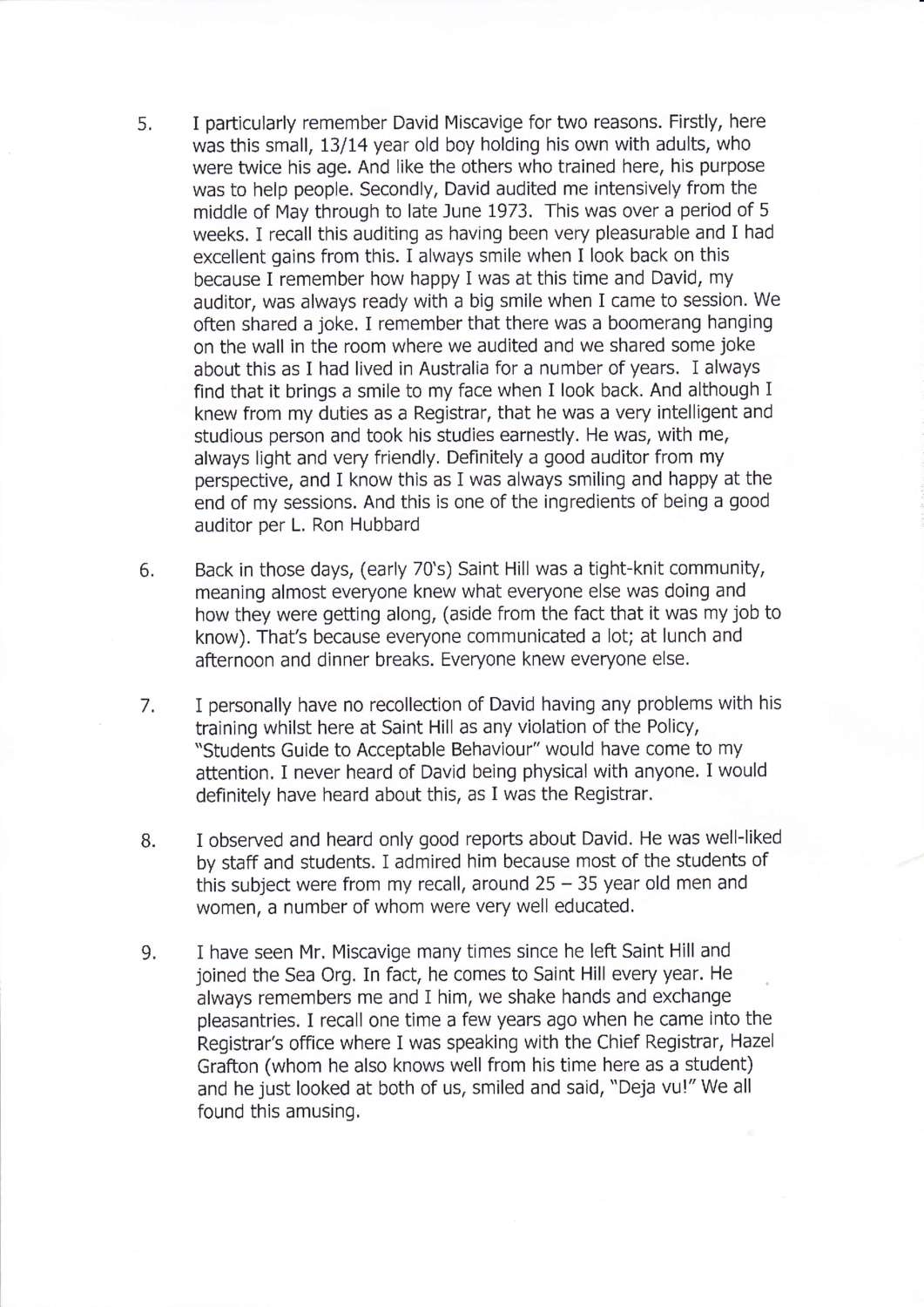 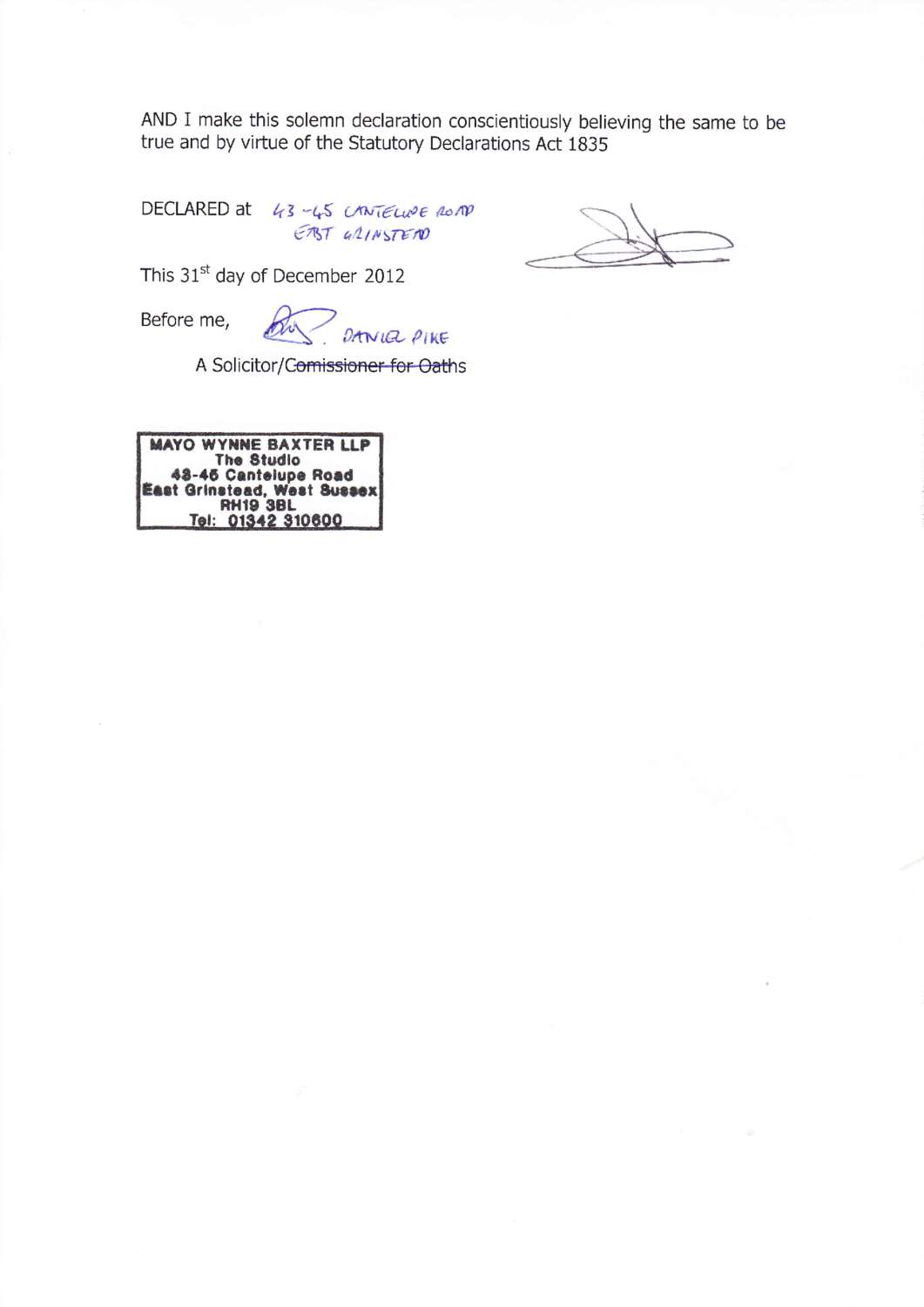 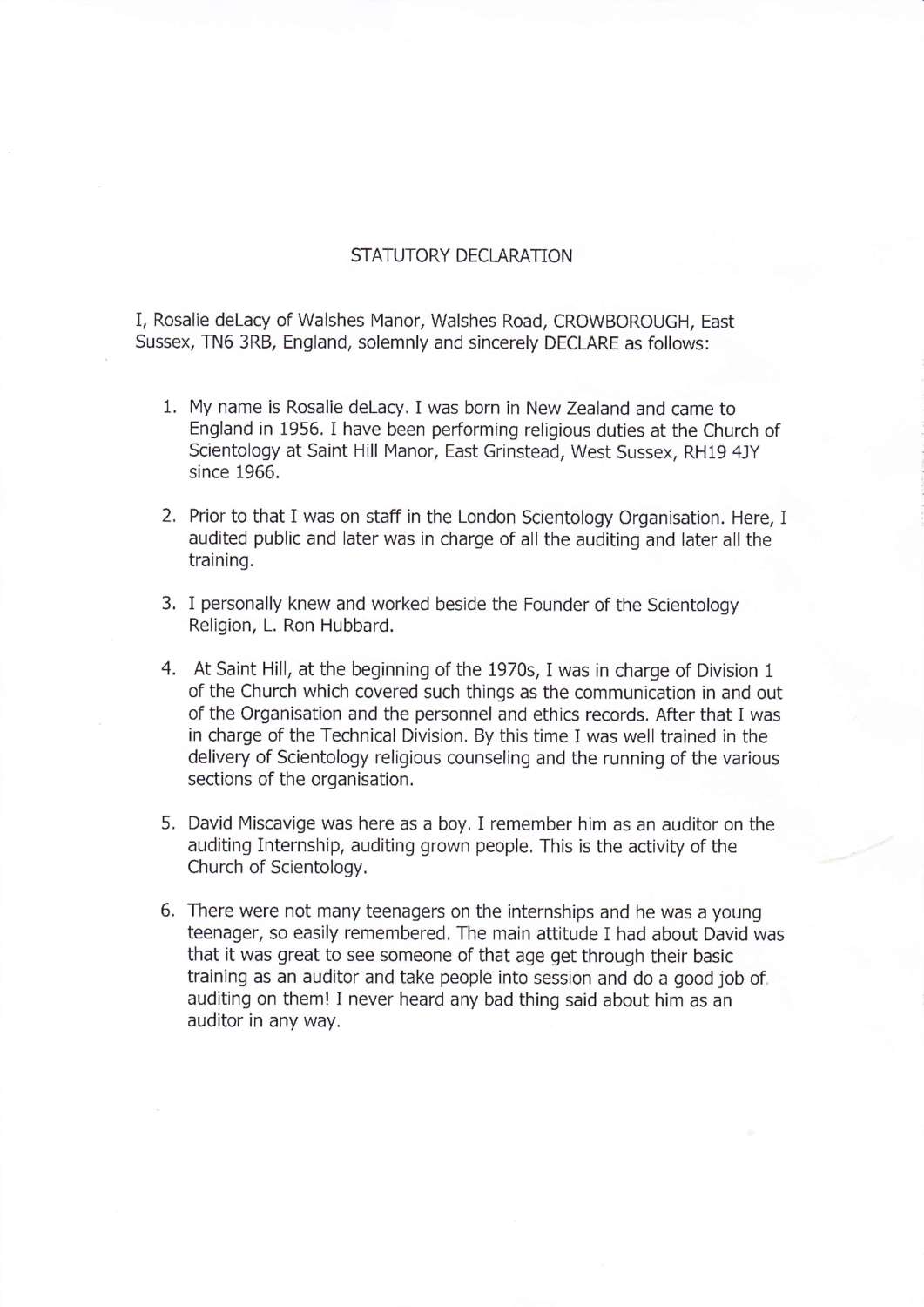 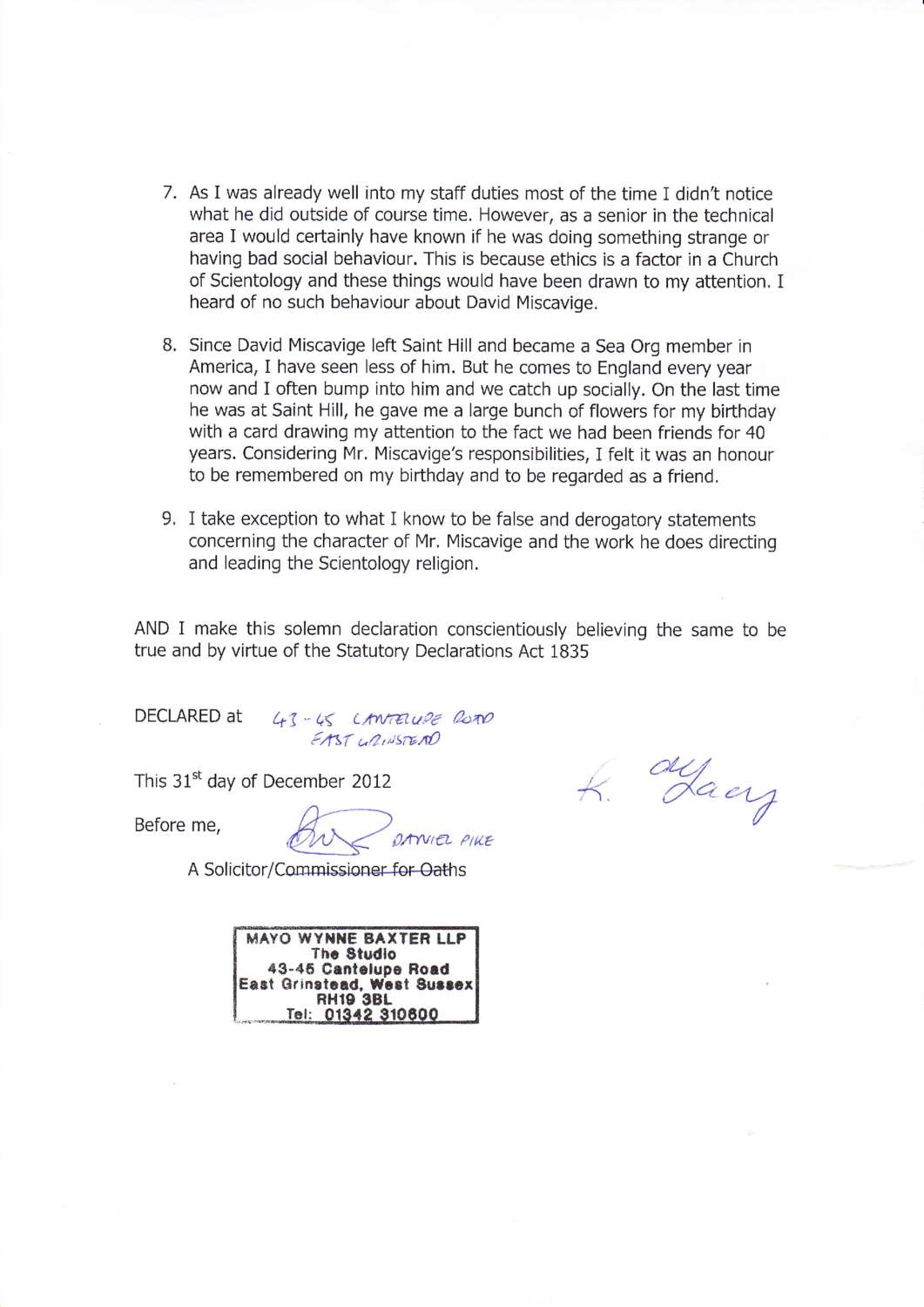 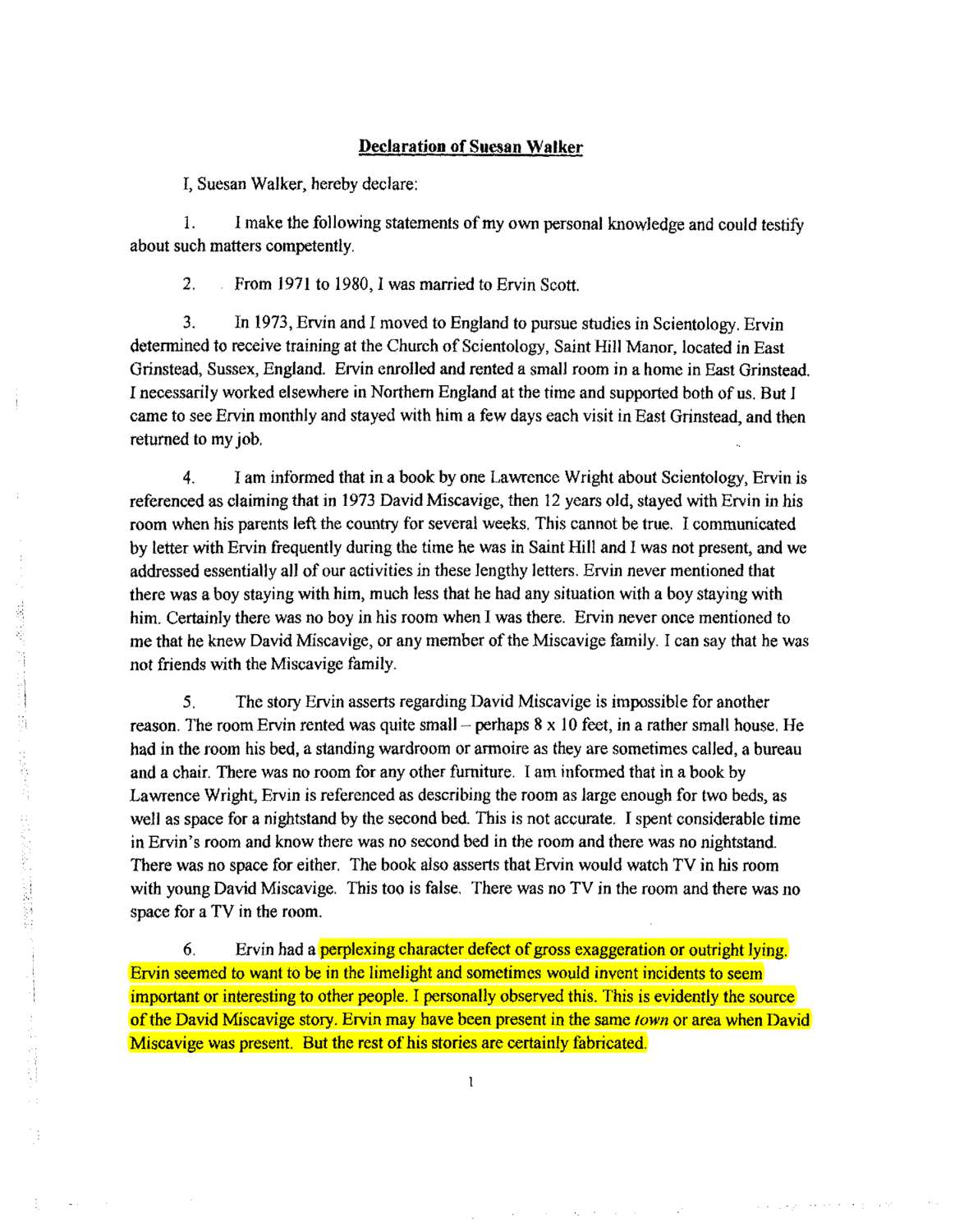 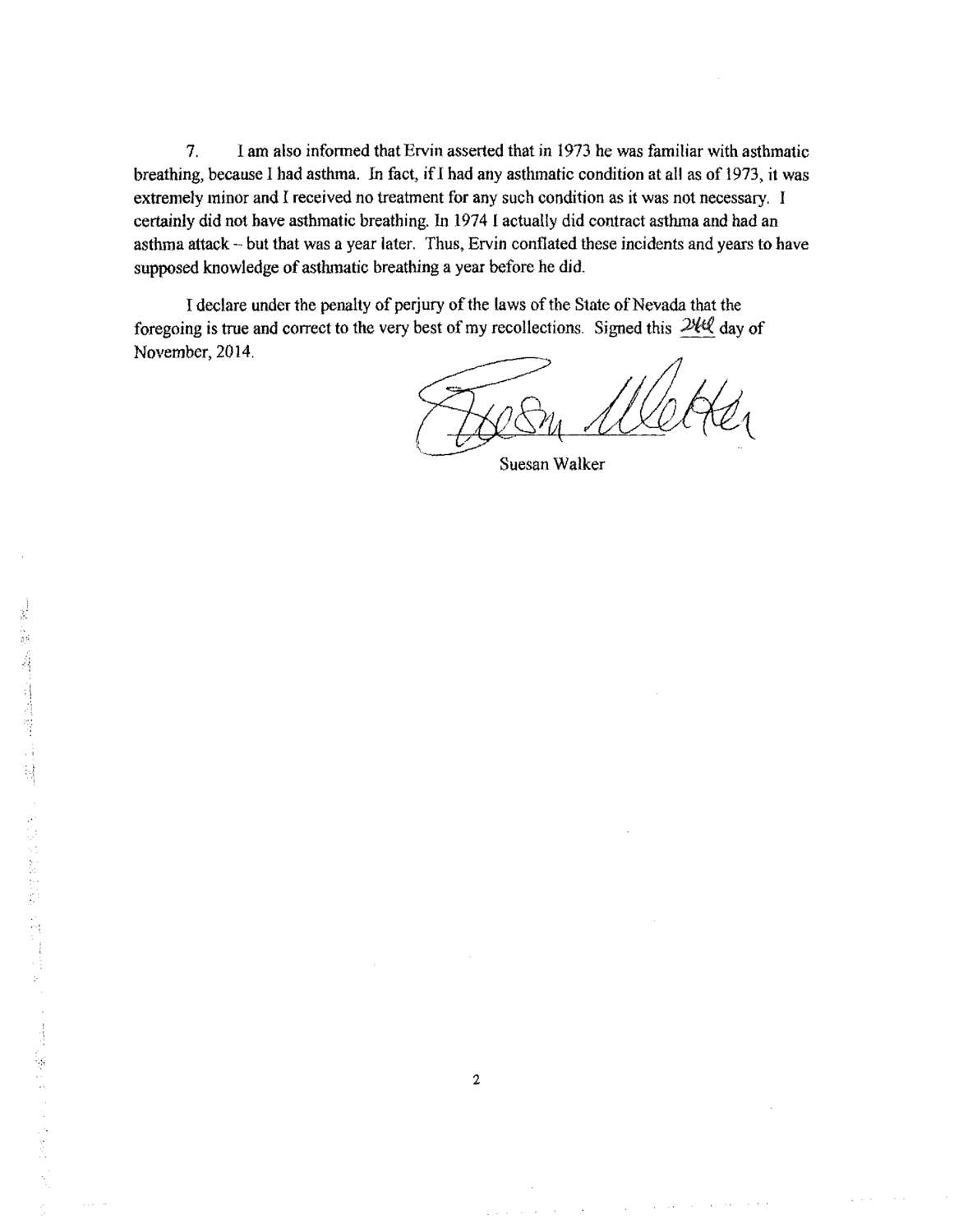